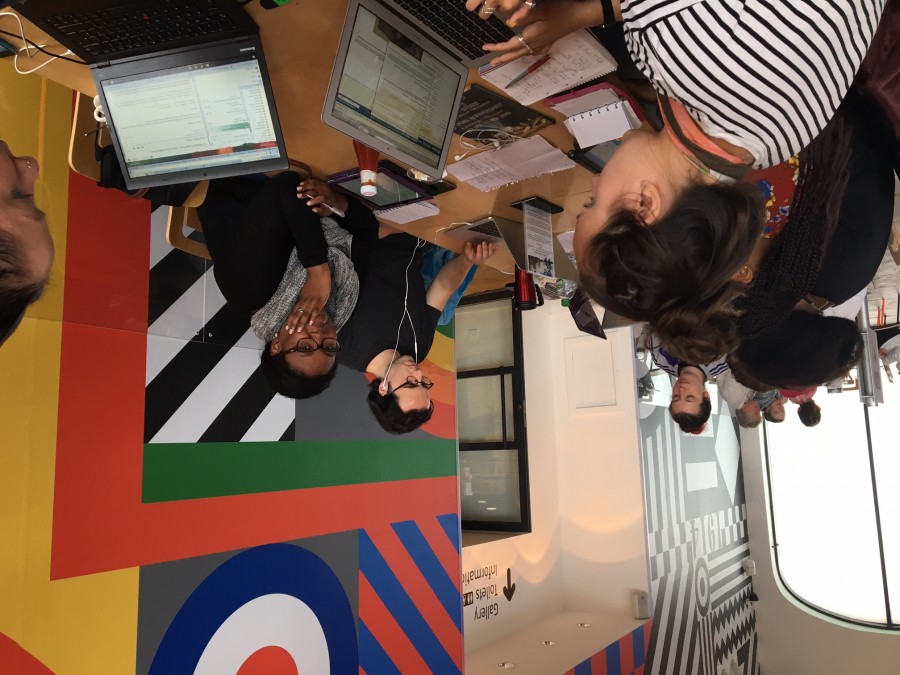 After an amazing visit to the slavery museum on the first day in blazing sunshine, day two of the Liverpool trip began in pouring rain. We met again in the slavery museum in the morning. The rain was pretty heavy so unfortunately we had to cancel our walking tour. This meant we could dedicate most of the afternoon to curating our events.

The historic Liverpool docks, provided the ideal setting to reflect on what we had seen in the slavery museum the day before and incorporate some of the themes into our own events. We had lunch in the TATE museum and then met to discuss our events and finalise the program. I found it really useful to present my event to the group and I received some great feedback. It was good to hear about all the events together- I feel we have created a very exciting and varied program and I was really impressed with everyone’s ideas.

I learned a lot about how to approach a venue and the timetabling of events. I was also very interested to learn about the practicalities of securing a film and negotiating the distribution rights and screening costs which is something completely new to me. It was especially interesting to learn about how independent film festivals function today in the climate of Hollywood blockbusters as well as the cooperation between Aim and other African film festivals.

After the programming session we had some time to check out the TATE and wander around the docks, fortunately it had stopped raining by this point. We then went out for a meal and had a good laugh on the train home, despite being in the silent carriage.