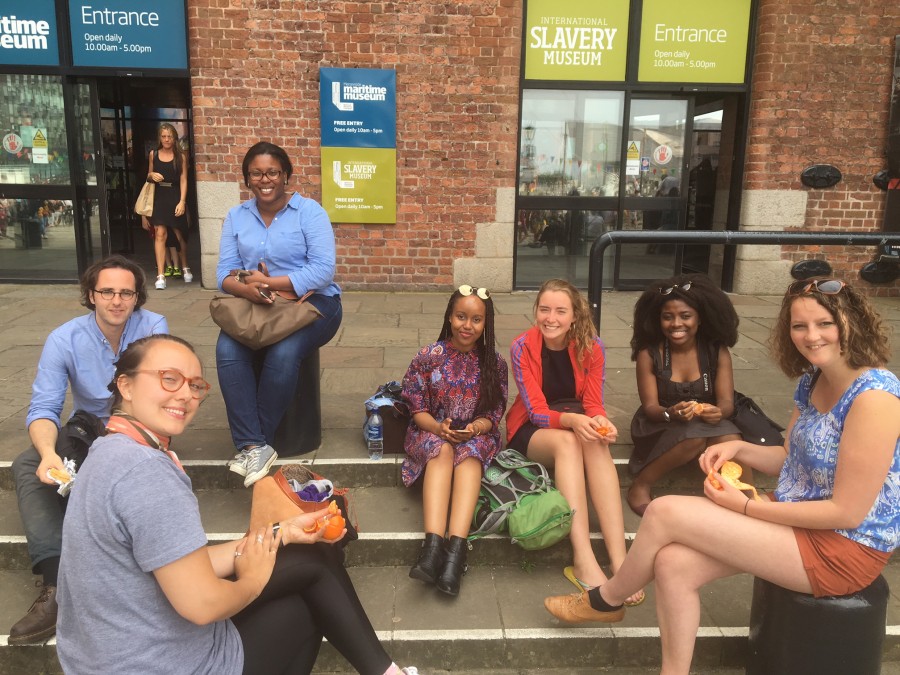 Our trip to the International slavery museum in Liverpool was an exciting one, as I was eager to learn more about black history, and the contribution Africans had in the western world. I was surprised after being told that this was the only slavery museum built in Britain, as I expected more Museums showcasing the importance of Africans in the development of Britain.

On this journey, I didn’t know what else to expect, as I had researched about slavery prior to this trip, and I didn’t know if I was in for any surprises. The trip with the other members was fun and relaxing, we had a thrill travelling together in England.

When we arrived at the museum our tour guide gave us a small introduction of what to expect. I really admired his sensitivity about the full topic. When our tour guide started to take us through each stage of what people from West and Central Africa went through, many thoughts came into my mind. It was as if I had never been told about black slavery before. I felt many emotions, I became angry at one point, I had a lot of questions to ask, this wasn’t exactly what I had predicted it to be like.

I started to think about the pain that each individual had endured, the humility of having to be treated like an animal, as if each person had no soul. I then put myself in their situation, I saw myself as one of the black slaves, it brought so much pain to me. As the tour guide described each ways of punishment, I began to feel the torture, the beatings and rape. Tears started to fill up my eyes, I felt as if I was about to vomit, this wasn’t fair. How could anyone be so evil and cruel? How could society allow such things to happen just because of the colour of someone’s skin. I started feeling faint, thinking about each person, having their identity stripped away from them and knowing that they were never going to escape.

Overall, the whole experience was enlightening and overwhelming but it was definitely worth the journey. It made me feel stronger as a black person and take pride of the continent that I come from.