This is the ARCHIVED WEBSITE for the 2018 Africa in Motion Film Festival
For up-to-date information please visit: www.africa-in-motion.org.uk 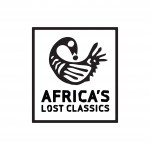 Africa's Lost Classics is a project run by Africa in Motion and University of Glasgow, funded through an AHRC Grant and a Glasgow Knowledge Exchange Grant. The main aim of the project is to safeguard the history of Africa's "lost" films - that have been forgotten, neglected or lost to the archives. This webpage is a space to archive information on these films and their invaluable contributions to the rich history of African cinema, rooted in a belief that cinema contributes significantly to the cultural history of the continent. The project revisits, showcases and promotes the history of African cinema, in collaboration with a host of partners. With this project we brought (back) to UK screens some of the greatest African films ever. Old and lost films were rediscovered, and we enabled the restoration of three African women’s films.

A travelling programme includes films and events that highlight the rich history of African cinema and continues to tour around the UK and internationally, throughout 2018-2019.

Sorry, no films or events are showing at the moment. Please check back later!